Is it too early for Christmas? I mean, if we ask the retail establishments it isn’t. But I think being that Thanksgiving is only a little over a week away, its safe to start thinking about it. And its never too early for gingerbread! Gingerbread is one of my favorite holiday treats. I love the cookies, I love it in a spicier form like pfeffernusse and I love gingerbread cake. I don’t make it nearly enough, though, even around the holidays. I have a favorite gingerbread cookie recipe & a favorite Guinness ginger cake recipe, but that doesn’t mean I don’t enjoy trying others. So I thought that this year, I’d make a plain gingerbread cake- no Guinness, no chocolate- and top it with some fluffy white snow.

And trees. Gotta have trees. For the trees, I got the how-to from The Cake Blog. Pretty self-explanatory, but still. It’s a fun & easy way to make cupcake or cake toppers.

It’s so retro-looking, isn’t it? I think it’s just the cutest idea. It also reminds me of the Grinch for some reason.

The little elves are from Tiny Things are Cute. And these are indeed cute. 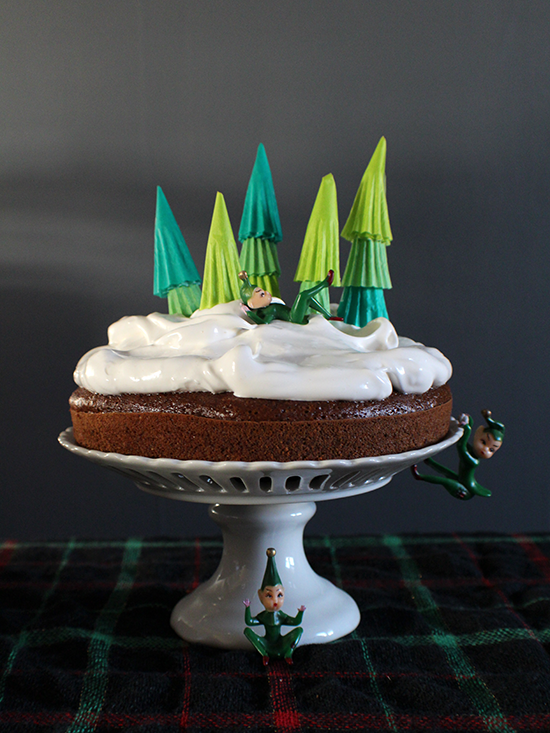 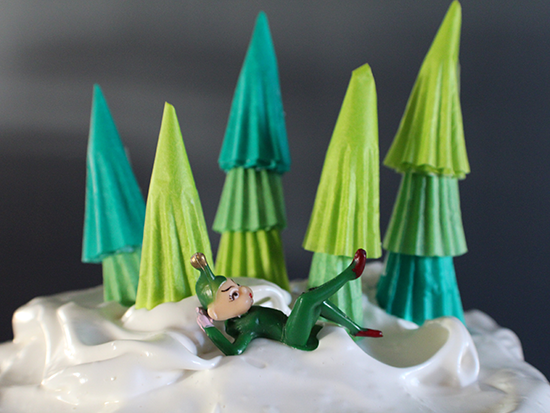 So, I said it’s a marshmallow Fluff frosting. But it really isn’t. Yes you can use that for sure… it’s quick and easy. But I actually used a 7-minute frosting. This frosting is very similar to a marshmallow-y type texture, but it’s not exactly the same. I’m going to give you the recipe in case you’d like to use it as well. No pressure.

WARNING: Do NOT get any egg yolk in the egg whites. But mistakes happen… so if you do, try & scoop it out as much as possible with a broken egg shell, then add a bit of cream of tartar to the whites. It’ll help them get closer to where they need to be in spite of the yolk. And if you’re scared, then yeah sure. Use the marshmallow Fluff, you big wuss.

If it were me, & I was making the 7-minute frosting for this cake on Christmas Eve/Christmas Day/the day of a celebration, I’d make the cake in advance & frost it just before serving, or at least the day of. The cake is easy enough to make the day of, though. However this frosting does get hard so you want it to be as fresh as possible. You could also frost this cake with fresh whipped cream, lemon cream cheese frosting or just sprinkle some confectioner’s sugar on it. 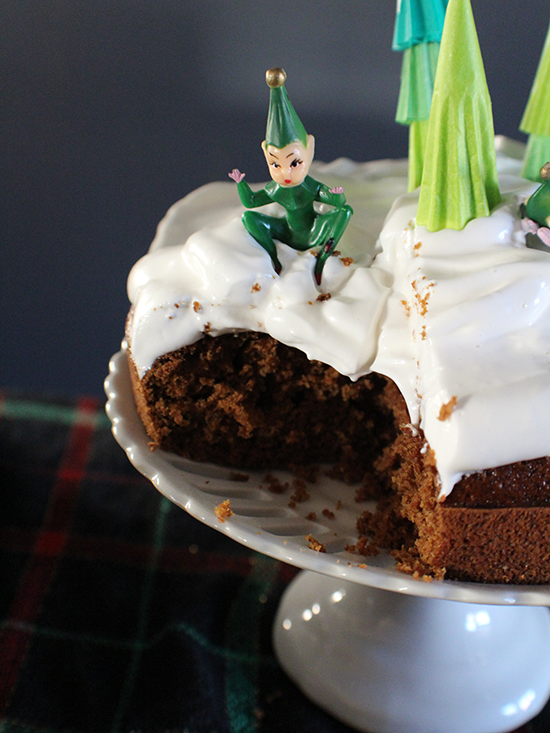 And watch out for those elves!

and check out these other great posts of hers… 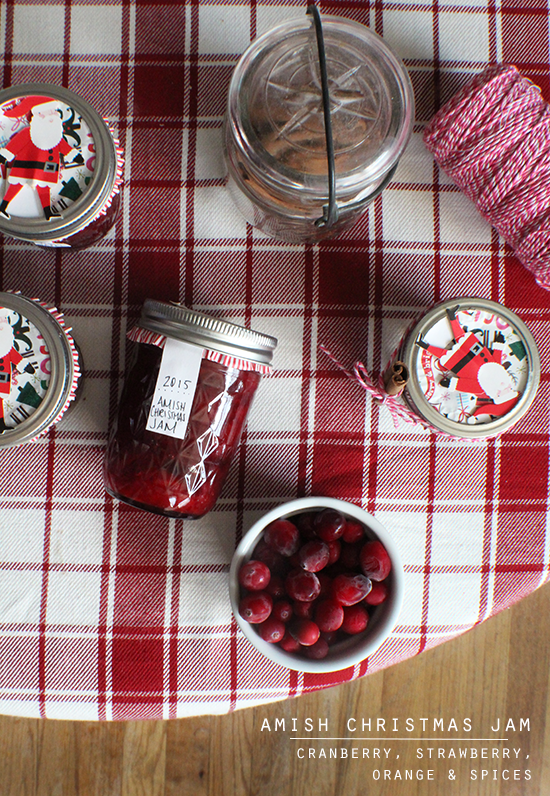 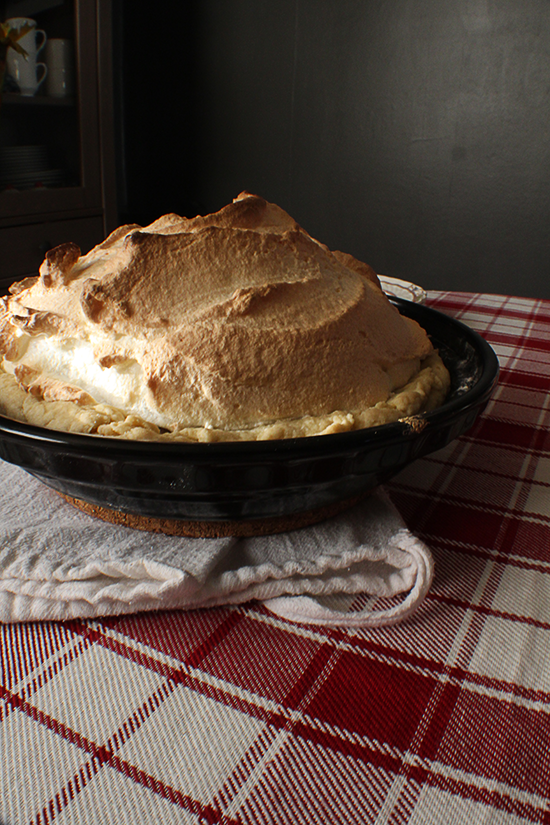 Here are a few more Christmas recipes you can find on Eighteen25:

Marilla is a food blogger who has been blogging in some way, shape or form since before it was called "blogging" (or early 2001). Along with running her current site, cupcakerehab.com since 2007, she's also a graphic designer and fashionista. She lives just outside New York City with her four-legged son, Indy, and her husband, Jay, who happens to be a superhero by day and a rockstar by night. She enjoys cooking, gardening, crafting, photography, art, changing her hair color and style every 6 months, the smell of fresh lumber and buying a chocolate bar in almost every store she goes in to.

Latest posts by Marilla (see all)