As a food blogger and someone who just loves to eat in general, there are a few things I hear from people a lot. One is usually something like “How do you stay so skinny?” Now in my mind I am far from skinny, but also do people assume I eat every single thing I make in it’s entirety? And two, which really bothers me: “I don’t have time to do all that!” 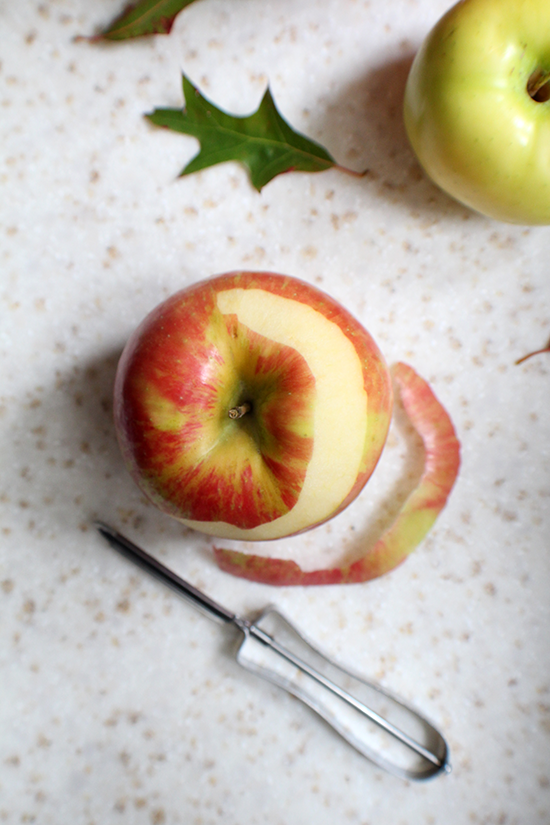 I’m busy too. Trust me. I have a lot going on in my life. But it’s a matter of priority. Some people will always choose to drive through a fast food restaurant, others will make homemade hamburgers. That’s just the way it is. Some people won’t ever try to do it, so they won’t realize how it really doesn’t take 6 hours and it isn’t all that difficult. However, if I want something, I want to make sure its the best it can be. Sometimes, yes, I use shortcuts like frozen pie crust, and that’s okay. That is TOTALLY OKAY. But my husband Jay can sniff out a frozen crust from a mile away -and he prefers homemade. So if I know I’m making a pie ahead of time (and not at 3 a.m. when I can’t sleep), I try to put aside extra time to make a homemade pie crust. Especially if it’s for a holiday dinner.

This pie was new for me, and I wanted to share it with you because it’s a great Thanksgiving pie. And Christmas pie, too, really. It’s like cranberry sauce and apple pie rolled into one. It’s dessert and a side dish. It’s totally unexpected. And it’s also adapted a bit from Cook’s Illustrated, which I happen to trust immensely when it comes to recipes. 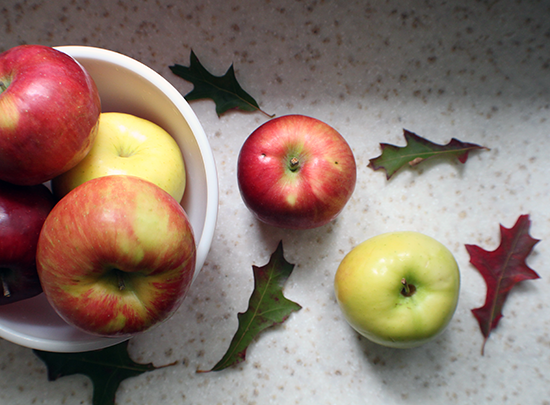 I hope you’ll try it this year for the holidays. Maybe you’ll come to love it so much, you’ll never buy a frozen crust or store-bought pie ever again. 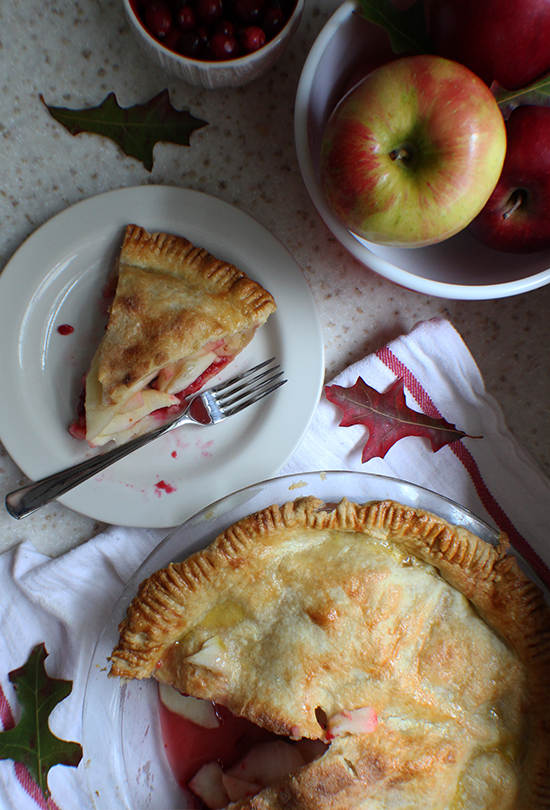 It took me about 2 hours to make this pie in one afternoon. That’s not counting the bake time, of course. But it really was not complicated at all. And if you make the apple filling and cranberry filling Tuesday night, and make the dough in the morning on Wednesday, then the night before Thanksgiving, you can have this pie completed- and in no time.

Now, like I said above, I am not a pie snob. I’m not a baking snob in general. I realize that not everyone can afford certain things, and that baking should be fun and accessible to everyone. But let me say this: if you want to make the BEST pie crust you’ll ever eat, use Kerrygold butter. The high butterfat content makes the flakiest, tastiest pie crust in the world. This isn’t an ad, and I’m not just biased because I’m (part) Irish. It really makes amazing crust. And yes, it now comes in regular sticks. 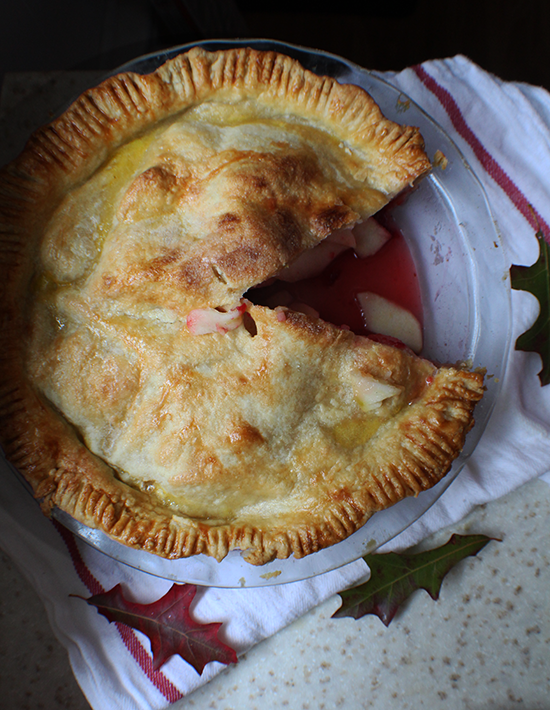 So this year, skip the cranberry sauce and make some pumpkin applesauce instead; then serve this pie afterwards. Surprise everyone and give them their cranberry sauce with dessert! 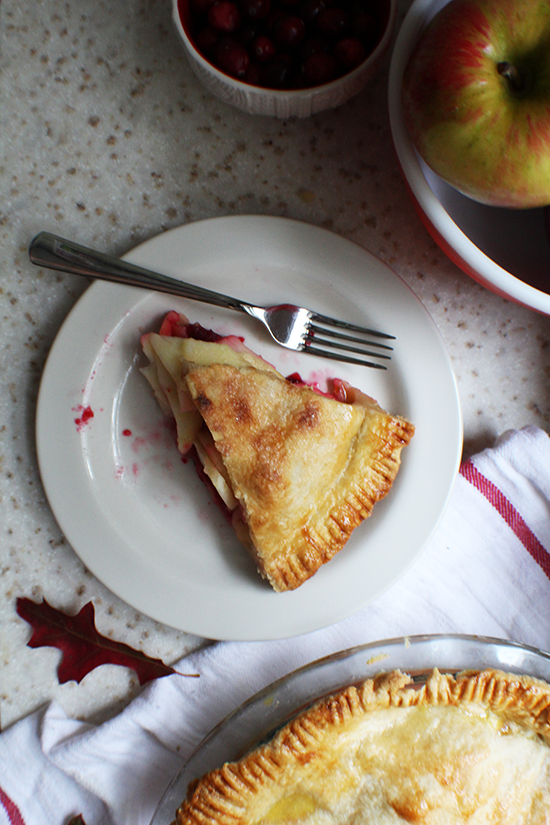 and check out these other great posts of hers… 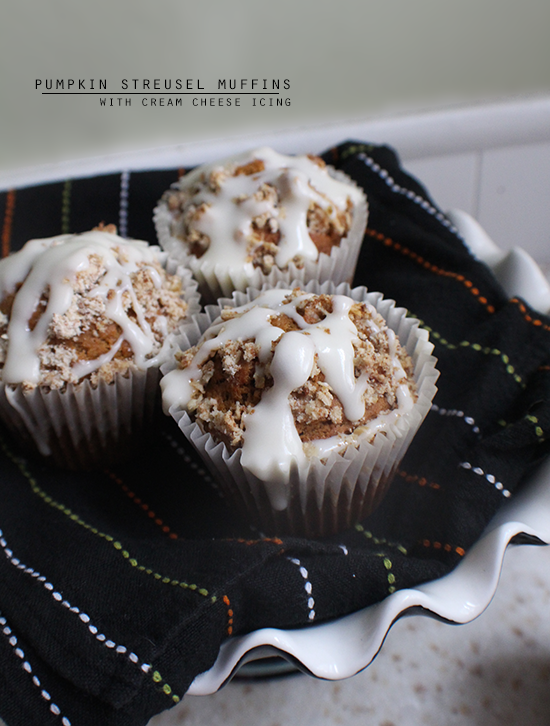 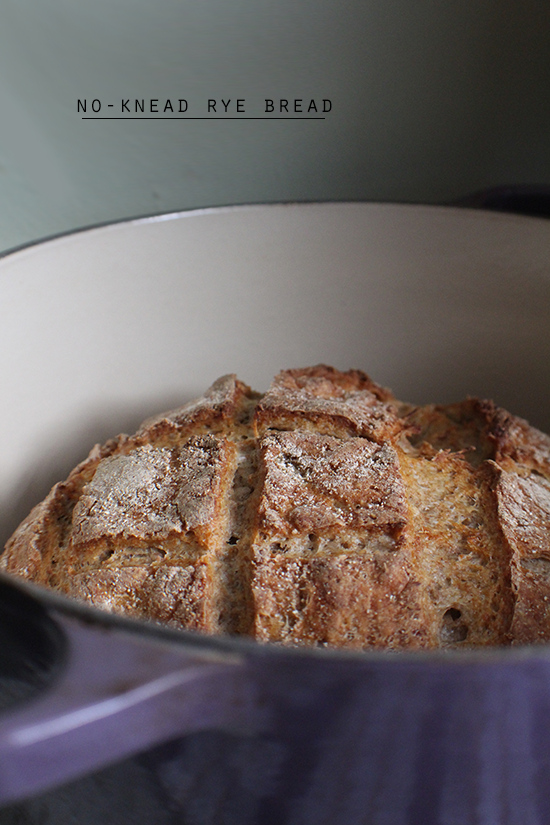 Marilla is a food blogger who has been blogging in some way, shape or form since before it was called "blogging" (or early 2001). Along with running her current site, cupcakerehab.com since 2007, she's also a graphic designer and fashionista. She lives just outside New York City with her four-legged son, Indy, and her husband, Jay, who happens to be a superhero by day and a rockstar by night. She enjoys cooking, gardening, crafting, photography, art, changing her hair color and style every 6 months, the smell of fresh lumber and buying a chocolate bar in almost every store she goes in to.

Latest posts by Marilla (see all)