Hey there everyone! Are you in full swing of Thanksgiving prep yet? Or are you like me and campaign for the pickle platter assignment at the big family feast?
Ok, down to business! In my last post I talked about exposure and how aperture + shudder speed + ISO work together to create it. Out of the three, aperture is the most complicated – but don’t let that scare you! Remember how I like to keep things simple? Well, here goes!
When your aperture has a small number (think 2.8 for example), the “hole” is more open than an aperture of 8. The example below isn’t perfectly to scale, but you get the idea – right? 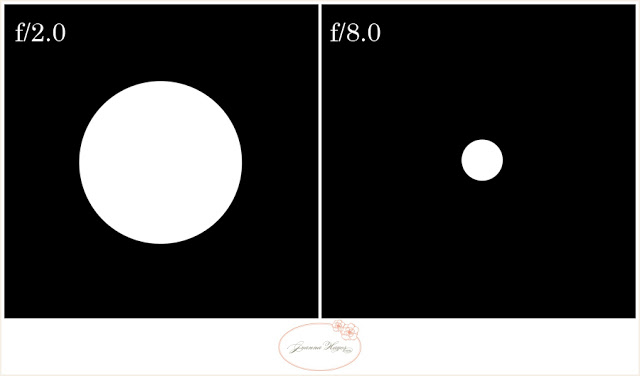 Yes the whole number concept seems backwards with the wider opening having a smaller number, but you’ll get used to it! Not only does this affect how much light gets in, but it also controls the depth of field. Think about the pupils of your eye and how they dilate to let in more light in a dark room, or retract when you step out into the sun. Well, aperture acts much like that except that it’s not near as sophisticated as the human eye (dang!), and to work at its best, WE have to be the one deciding how much light to let in.

Depth of field is one of the neatest ways we can exercise creativity in our photos. How much your subject is in focus will have a great affect on the general mood of your photo. Have you seen the photo of a cityscape at night with the headlights blurred to show the movement of traffic? Or the shot of a field of flowers with one single bloom in focus? There is a reason photographers choose certain depths of field to their images, and that is usually to evoke a certain mood or feeling from the viewer. Traditionally, portraits of people tend to have a wide aperture (along the lines of 2.8, for example). The reason behind this is so the background is beautifully out of focus and we can see our lovely subject a little more clearly. The opposite is often the case with landscape photographers. They often use smaller apertures in order for their photos of a landscape to be crisp – all the way from the flowers in the foreground to the mountains in the distance. And of course there is every setting in between! Here is an example of two different settings: 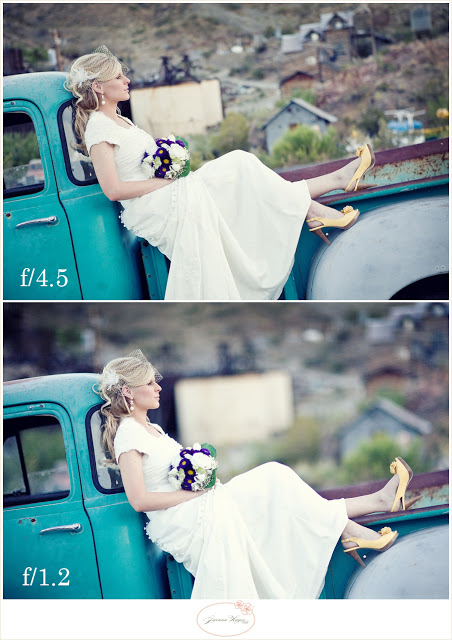 I personally love to shoot at very wide apertures. Of course, there is a risk to this (I guess I live on the wild side!). The wider your aperture, the harder it is to get your subject in focus. When I shoot at 1.2 and I focus on the subject’s eye (the eye closest to you is what you want to aim for), I could shoot 20 pictures in the exact same way, and maybe get 5 back in focus the way they should be. The target of focus is that narrow! If I were shooting at a 2.8, it would be much easier because more can be in focus at the same time. When I first began to learn about all of this and I finally got the general concept behind aperture, there was still one thing that baffled me. Why when my aperture was wide open, was I sometimes still not getting that beautiful blur in all of my photos? Was I doing something wrong? Well, I finally realized that… drumroll… not only does that little number on your aperture affect blur, but a few things in “real life,” too. Where your subject is, is called a plane (there goes a geometry reference – eek!). Everything in front of, or behind it, will be out of focus if your aperture is wide open. For example, if your aperture is set at 2.8 and your subject is standing less than a yard in front of a big wall, are you going to get that beautiful blur? Ummm, nope! And I’ll tell you why – the wall is too close to them! Once again, anything that is closer to your subject will be in focus, and everything else – in front of and behind – will be blurred. That’s not always a bad thing, and I do love me some wall photos! But at least if you get a basic understanding of how to get that blur when you want it, and to rid yourself of it if you don’t, you’ll be golden.
Here are a few examples:
This photo was taken with a 2.8 aperture. So…wouldn’t you think there would be a lovely blur? Well, not if you read the last paragraph! Because that door is closely behind the cutest-kids-in-the-world (if I do say so myself), it’s not going to be very blurry. It is too close to them. So whether my aperture is at a 2.8 or a 5, it’s going to look almost the same! Funny how one little door can do that… 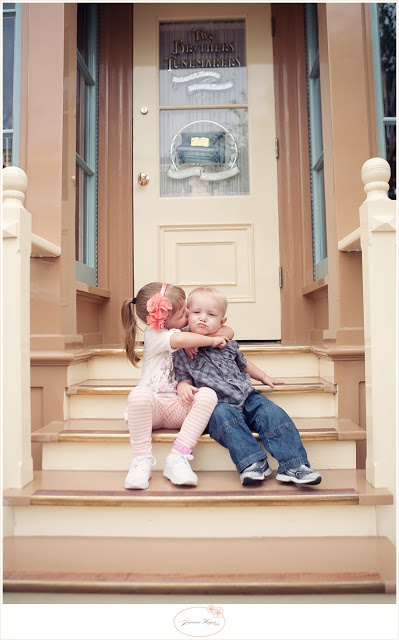 This next one was taken at a 1.4. Do you see how the leaves closest to the couple are in more focus than the ones further away? As the trees fade in the distance, they turn into a yellow haze. Sigh… I love that! This is one of those choices you have in in the general “feeling” of your photo. 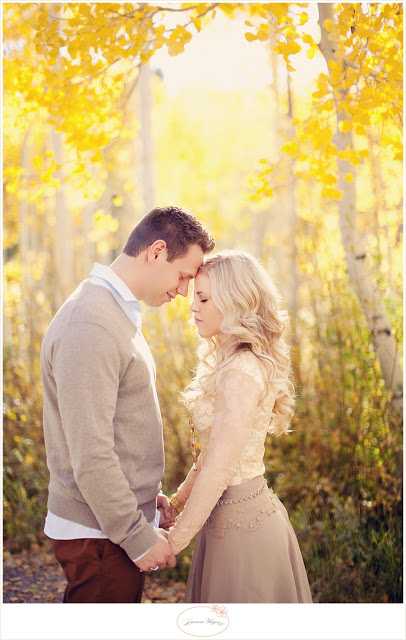 Similarly, you can tell in this photo that the grass closest to this little guy is in sharp focus, and gradually fades the further it gets in the background. (1.4 aperture) Note: the reason the grass by his feet is in focus, is because that is where his plane is. 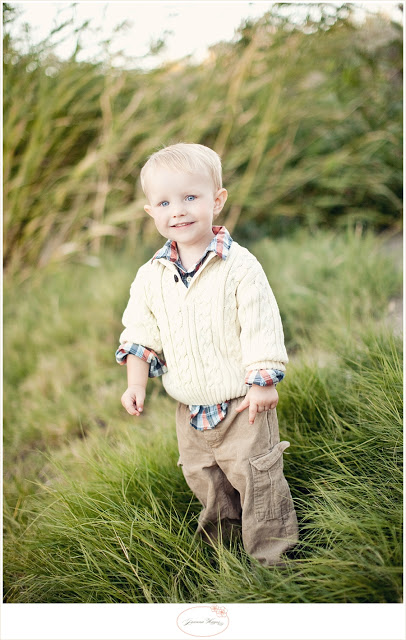 I chose this next photo because it demonstrates how things can be out of focus not only behind your subject, but also in front. The cacti in the foreground is blurred, as well as the background. As it get closer to the plane of the couple, it gets more in focus. Perfect demonstration of what a plane does to focus and blur! 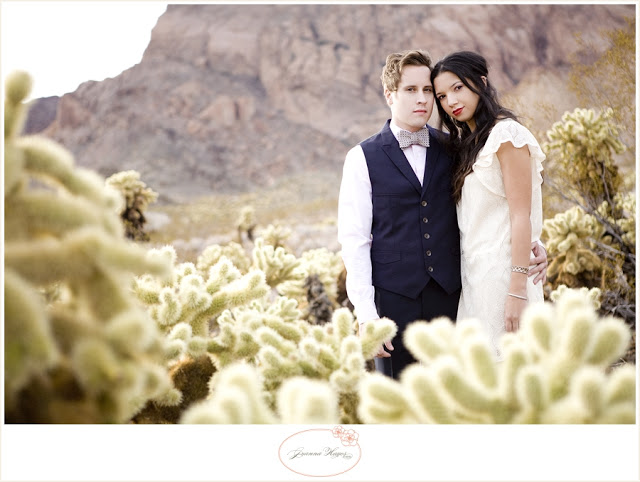 Do you see how not only that little number on your setting can affect focus, but the actual real-life setting in front of you? I for one, think it’s pretty neat. After all – if you aren’t getting enough blur for your liking, put your subject far from their background for an extra “push.” You are in control! Just remember that :). Have a great holiday season, everybody! Now let’s see if you can get a beautiful shot of that Thanksgiving turkey before everyone digs in, eh?
-Jeanna

We are so excited to have Jeanna here sharing photography tips and lessons with us on eighteen25! For more information about Jeanna or to see more of her beautiful work be sure to stop by Jeanna Hayes Studios.