Hello again! Is everybody ready to dig in to some technical stuff today? Yes? Sweet! Let’s roll up our sleeves and get going…

Today I’m going to go over the basics of exposure. What is exposure, exactly? Well, the quick way to explain it, is the amount of light that is hitting your camera’s sensor. You want to let the right amount of light in so that your picture isn’t too dark or light. Have you ever tried to take a picture and it turned out completely white or black? If you take a photo and it’s white, there was too much light getting in to your camera and it was overexposed. Naturally, the opposite is true – if you take a picture that turns out black, there wasn’t enough light getting in and it was underexposed. Your goal is to get in the middle so you can actually SEE what you’re trying to get a picture of. Obviously there are steps in between where your photo can be slightly too light or dark, but today I’m going to tell you the steps to take to make sure your image is right on target. Woohoo!

When I bought my first DSLR camera, I shot in auto. I figured that the camera was a lot smarter than I was and it would know which settings I needed in any given situation. I mean, c’mon – people much smarter than me figured out how to make such an amazing camera, so who was I to mess with different settings… right? Ummmm, WRONG! After being unhappy with my images and realizing that “fixing” them in Photoshop later doesn’t work at all, I knew something had to change. One day I just sucked it up and forced myself to do a shoot in manual mode. I took it slow, took my time with each shot, and braced myself when I got home to download the images to my computer. I couldn’t believe it. They turned out amazing! The difference was huge and I never turned back. So as scary as that little “M” (for manual mode) on your camera’s dial can seem, it has the potential to be your best friend!
Just to simplify things, I like to think of my camera as a “light box” and that it’s up to me to let the right amount of light inside. To get proper exposure, you need to know about three things:
APERTURE
SHUTTER SPEED
ISO
These three work together so closely that if you change one, it automatically affects the other two. In the next few months I’ll be getting into these a little more in depth in the following months, but here’s the overview:
APERTURE – This affects the amount of light that comes in to your camera. When I’m being ridiculously simple, I call it “the hole.” If the hole is bigger, it lets more light in. If it’s smaller, it lets in less light. Are you shocked by this stunning revelation? Ha! Really though, the only tricky thing to remember is that the smaller the number of your aperture, the bigger the “hole.” Yes, the fact that a big aperture has a small number and vice-versa is confusing and doesn’t seem to make sense, but you’ll get it. Especially as you play around with different settings. It really clicked with me as I started buying different lenses because the lower the number, the price tag seems to go way, way up! An aperture of 1.2 will let in a TON of light. An aperture of 10 will let in quite a bit less. By the way, those numbers often have “f” in front of them – like f5.6. But to keep things simple, I hardly pay attention to that little letter. I was never good at Algebra, so when I see letters and numbers together I get all flustered. Maybe you’re the same? So let’s just ignore that little letter for now.
Another thing that aperture affects, is depth of field. You know those gorgeous photos where the background is blurry and the subject is in focus? That is depth of field. Lower numbers, like an aperture of 2.8 for example, will make your background blurry (assuming the background is far enough from your subject). An aperture of 16 will make things pretty equal in focus.
SHUTTER SPEED – How long your shutter is open. Easy enough? It can remain open for a few seconds, to thousandths of seconds. Obviously you’d have to decide what you need by evaluating your aperture. How much light is getting in from that? How long do you need your shutter open so that you let just the right amount of light in? You’ll want to get the sharpest image you can by setting the shutter speed to open and shut as quickly as possible. If it’s too quick, you won’t let enough light in. If it’s open too long, you’ll let in too much light AND there will be blur. The good news is that there’s only two ways to go, so it’s usually pretty easy to figure out!
ISO – This is your camera sensor’s sensitivity to light. The higher the number, the more sensitive it is, and vice-versa. The lowest number is 100, and it goes up from there. Depending on your camera, it could be anywhere from 600 to 6400! When you have lots of light, you can put your ISO number low (like in the 100-300 range). In low-lighting, you’ll need to crank that number up so that the camera will be sensitive to the light that is there (perhaps in the 1000+ range).
So how do these three work together? Each are components to getting the right amount of light into your “light box” so you can get a perfectly exposed photo. If you crank your aperture wide open at noon in direct sun, do you think you’ll need to have a slow or fast shutter speed? You’d need a super quick one so that your sensor wouldn’t flood with too much light and make a stark white image. Speaking of, do you think you’d need a low or high ISO in that situation? A low one because you don’t need your sensor to be too sensitive to light if there’s plenty to be had. There are many different lighting situations where if you just take your time, you can figure out what you need to do to get that perfectly exposed image. If your photos aren’t turning out when you are shooting on manual, don’t get discouraged. Just stop. Think about your options and make a choice. Usually if you think it through, you’ll get it and it will start to make sense. I often compare shooting to piano lessons – the more you practice, the quicker you’ll get. Before you know it your brain and fingers will be working so quickly together that you hardly have to even think about it! So as your mother would say: practice, practice, practice!
Have fun and I’ll see you next month when I delve a little deeper into aperture!
– Jeanna

We are so excited to have
Jeanna
here sharing
photography tips
and
lessons with us on eighteen25!
For more information about
Jeanna
or to see more
of her beautiful work
be sure to stop by Jeanna
Hayes Studios.
. . .
this post is sponsored by: 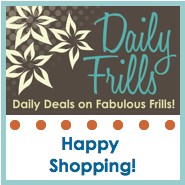